Nov 2021. Brighton Council, in conjunction with the Department of Education, has commissioned a masterplan for the development of new housing and school in South Brighton. Cycling South made a submission that:

There is more background information for the plan on the Brighton Council website. 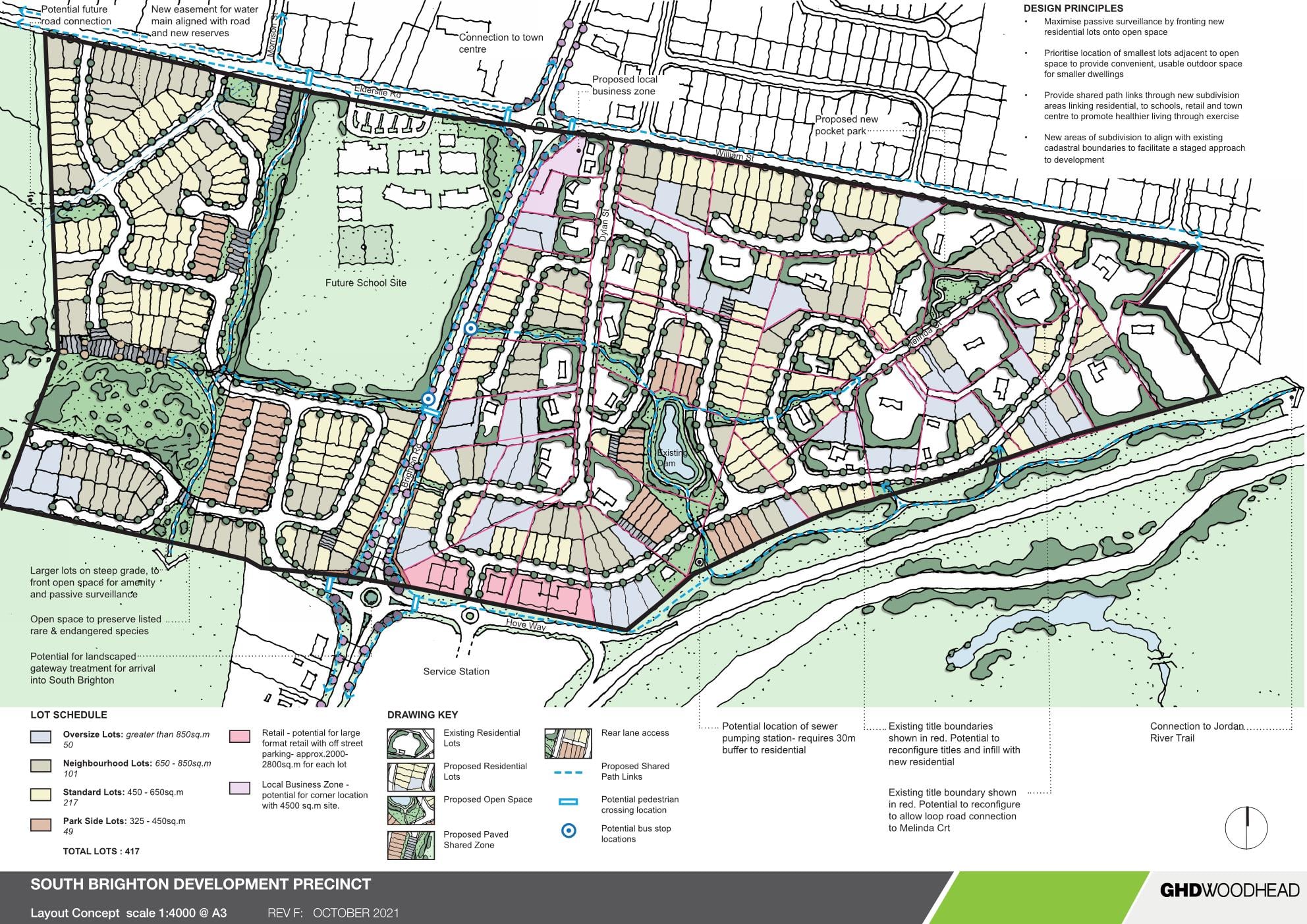 Brighton Council, in conjunction with local landscape architecture firm Playstreet, has prepared a landscape master plan for the Bridgewater Parkland area. After consulting with stakeholders and the local community the ideas were collated into the plan. The aim of the plan is to create a community parkland that appeals to all age groups and abilities through a series of spaces and activities. In the middle of the parkland is a skatepark, areas for walking, mountain bike trail, cafe and toilets. A copy of the plan can be viewed at Brighton Council website.

Dec 2013. Thanks to $50,000 matching funding from Sport and Recreation Tasmania's Trails and Bikeway Program, Brighton Council will be upgrading two flood prone sections between Brighton and Pontville. The sections are a 160-metre concrete path to complete the track south from Polonia Bridge and a 240-metre section on the Pontville Historic Trail at the northern section of the Jordan River.
June 2011. Cycling South was successful in obtaining a $14,000 Sport & Recreation Tasmania grant from the Trails and Bikeways Fund on behalf of Brighton Council to extend the Jordan River Trail between Andrew St and Ford Rd. The trail will be constructed in concrete to prevent it being washed away in flood events.

July 2012. Brighton Council officially opened the children's bike track at Seymour St Park in Brighton on 7 June 2012. The track is a fantastic addition to Brighton's recreation assets, allowing children to develop their cycling skills before using the pathways.

Jan 2009. Construction is due to commence on a new dirt jump facility for Brighton City Council at Cove Creek Oval. The park design will cater for everyone from beginner through to advanced riders, and will offer many different line choices. The layout for the park includes a mix of jumps, berms, rollers, and a basic pump track. The facility will be complete in mid-February

Dec 08. The State government has provided $50,000 from the Tracks, Trails and Bikeways fund for a gravel path along the foreshore in Old Beach.

Brighton Recreation Plan (2003) identified cycle and walking tracks as a high priority for residents and proposed recreational trails such as:

Council has received funding from the Dept of Sport and Recreation to construct a concrete path along a section of the East Derwent Hwy in Bridgewater.

Jul 06. Council has constructed a gravel path along the foreshore in Old Beach from the jetty.